Can You Have PTSD From a Relationship?

When thinking of Post-Traumatic Stress Disorder (PTSD), many minds go straight to war veterans, disaster survivors, or physical abuse victims. These are all true examples, however, PTSD can manifest in any situation of trauma—whether that be physical, emotional, or psychological. According to the World Health Organization, an estimated 7.8 percent of people in the United States will suffer from PTSD at some point in their lifetime. Unfortunately, women are twice as likely to experience PTSD as men.

PTSD is an extreme anxiety disorder that is often manifested through intrusion, avoidance, and hyperarousal. It is possible, real, and valid to experience PTSD after an abusive relationship. Living in a toxic relationship can take an extreme toll on mental health, and the negative effects of that relationship often last far after a break up.

Here are 5 symptoms of relationship PTSD:

1. Flashbacks
Arguably one of the most characterizing symptoms of all PTSD, those who have been in an unhealthy relationship can also suffer from flashbacks or nightmares. A specific smell may transport them back to an awful memory or they may avoid specific people, places, or things that remind them of the past. The flashbacks can also occur in nightmares. These episodes bring back all of the memories full-force and it may feel like the trauma has just happened, reopening healing wounds. 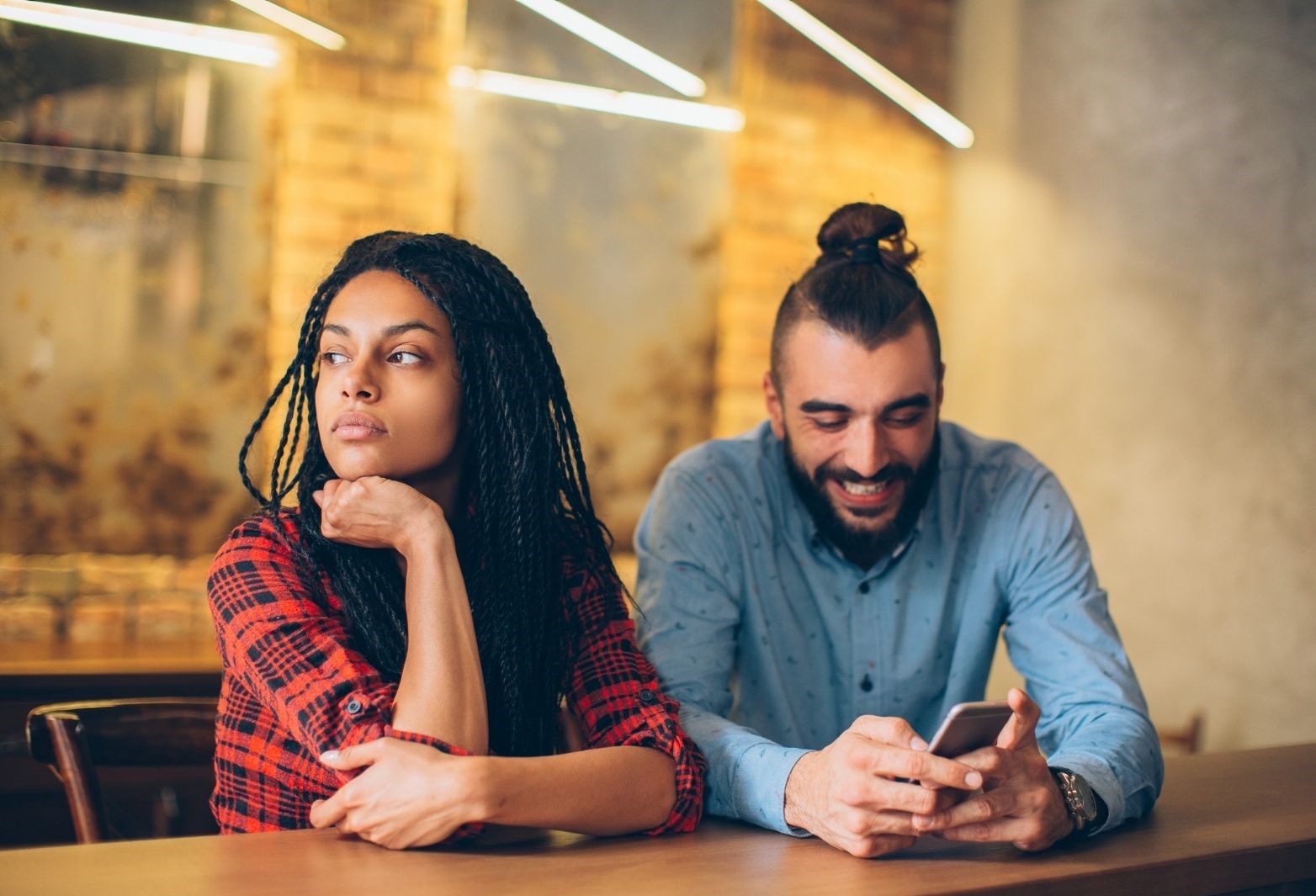 2. Repetition
This is a more subtle sign of relationship PTSD. It may not be apparent at first, but many victims of abusive relationships often find themselves in similar relationship dynamics over and over again. The PTSD from past relationships can manifest as self-blame and decreasing self-worth, so one may rationalize that they don't deserve to be in a healthy relationship. This is just the PTSD warping into intrusive thoughts.

3. Self-medicating
Self-medication is a common coping mechanism in many mental health conditions. Many turn to drugs, alcohol, food, shopping, sex, or other vices as a way to escape the thoughts and memories of an abusive relationship.

4. Blowing things out of proportion
A past relationship can make the person feel as if they're constantly on the defensive, which leads to overreaction in seemingly small situations. In a new relationship, self-sabotage may come into play and make one think that a minor altercation means much more than it truly does.

5. Obsessive thoughts
While it's normal to reflect about a current or past relationship from time to time, those suffering from relationship PTSD think about it constantly. The intrusive thoughts seep into every facet of their life. It may manifest in repeatedly bringing the subject back to the abuser or current partner in conversations, obsessively checking their social media, or always wondering what you could have done differently to change the past.

If you or a loved one is exhibiting any of these symptoms, support is available. Clinicians in our Counseling & Wellness Centers can help those experiencing the negative effects of an unhealthy relationship. For quick support, here are 5 simple, healthy coping tools to manage traumatic stress.