Do you know what your teen is streaming?

With all this extra time on our hands, binge-watching has become everyone's go-to quarantine activity. When your adolescent is parked in front of their TV or laptop for hours, are you aware of the content they’re watching?

While some TV shows and films shine a much-needed light on the realities of mental illness, others may feel inappropriate or misinformed. It’s important to keep an eye on your adolescent’s viewing habits to ensure they’re getting the right information in an educational, yet entertaining way.

Here are 5 popular shows and movies addressing mental illness that your teen may be watching: 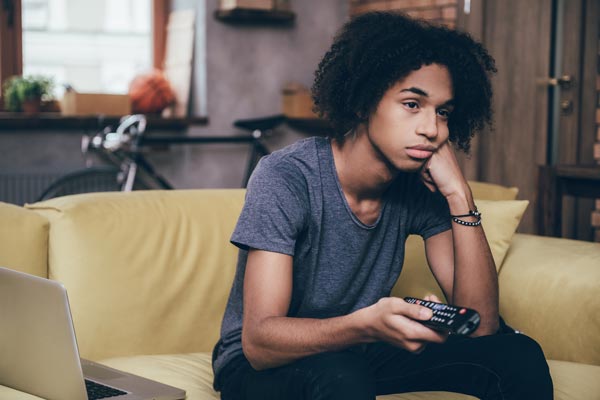 Love, Victor is the breakout Hulu series following the success of the film Love, Simon. Both the movie and TV show address the stress and anxiety over sexual orientation and the coming out process. These are both feel-good yet educational, and depict the struggles the LGBTQ+ community face as well as the triumphs. Love, Victor and Love, Simon are definitely recommended for anyone struggling with these same issues or wishing to learn more about LGBTQ+. The film was inspired by Becky Albertalli's acclaimed young adult novel, "Simon vs. the Homo Sapiens Agenda,” which can be a great precursor to the shows and encourage reading.

This much-talked about controversial series is available to stream on Netflix. 13 Reasons Why follows a 4-season arc beginning with the tragic suicide of a young female and the subsequent fall-out and consequences. You may have heard of this show as it has sparked the conversation around adolescent TV and mental illness due to its graphic, overwhelming nature. While some deem the show guilty of glorifying suicide, others praise it for accurately portraying the gruesome facts of suicide, sexual assault, and bullying.

Some scenes can be very triggering, and although there is a warning at the beginning of the episodes, it’s integral to sit down with your child and talk about the issues 13 Reasons Why addresses if they choose to watch the series. The show is actually based on the bestselling novel of the same name by Jay Asher, which may be more appropriate for a younger audience than the TV series.

Euphoria is a new HBO series starring former Disney star, Zendaya, as her character struggles with addiction. This show is very graphic and uncensored, showing the harsh realities of mental illness in a high school setting. The characters are raw and real and deal with an array of problems, including a transgender female love interest, grief over a lost loved one, and the clutches of drug abuse. This show is rated TV-MA and not recommended for anyone under the age of 17.

4. All the Bright Places

Yet another book to screen favorite, All the Bright Places is a Netflix adaptation based on the young adult novel written by Jennifer Niven. The story addresses mental health in a very serious, yet digestible manner for adolescents. The film addresses grief over a lost loved one in a tragic accident, anger issues, and overcoming the past to connect with others. It is a truly heart-wrenching film, but one that accurately portrays mental illness. (Warning: bring tissues)

5. The Perks of Being a Wallflower

The 2012 film The Perks of Being a Wallflower has seen a recent resurgence in popularity as it is now available to stream on Netflix. Based on Stephen Chbosky’s coming-of-age novel (sensing a pattern here?), the movie follows the main character of Charlie as he deals with depression and childhood sexual abuse alongside the normal trials and tribulations of a high school freshman. The Perks of Being a Wallflower is brilliantly cast and filmed, and should certainly be on the top of your list if you’re searching for movies that accurately address serious mental illness in a way that appeals to a teenage audience. 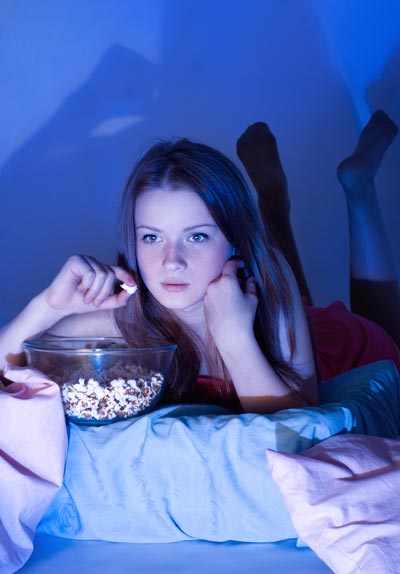 Having an open dialogue is the first step to fostering a safe space for your teen. Adolescent TV shows and movies that accurately address mental health issues can be a great learning tool. If your teen is experiencing any mental health issues, our clinicians are available to help via in-person counseling and telehealth services for children and teens.