Breaking the Stigma Against Homelessness and Mental Health

In honor of Hunger and Homelessness Awareness Week, we conducted an informative Q&A session with Eric Stalter, Acenda’s Director of Integrated Case Management Service (ICMS), Project for Assistance in Transition from Homelessness (PATH), and Bridge programs. 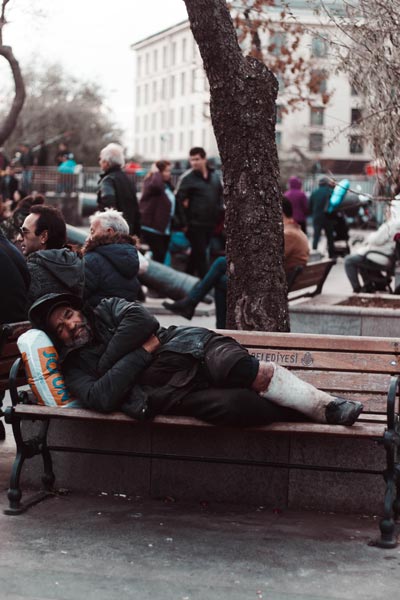 Is there a relationship between mental illness and homelessness?

Why is homelessness often seen through such a negative light?

Often, homelessness is portrayed in the media with crime. This stigma gives people their first look at the issue and does not allow them to form a realistic concept of what has caused the individual to become homeless.

Is a homeless shelter the only option for those struggling to maintain stable housing?

Acenda staff assist clients in exploring housing options other than a shelter. Our team may also try to help assist a client in maintaining their current housing by helping to resolve conflicts that are causing the client in imminent danger of becoming homeless. Staff may work with landlords or extended family on behalf of the client and may be able to assist individuals with rent or utilities through outside resources.

What services does Acenda provide to help the homeless?

Acenda offers a continuum of care to our homeless clients. Many participants come from a hospital stay and Acenda offers support and linkages that provide a path to independence and stability. One option is our Certified Community Behavioral Health Clinic (CCBHC) located in Gloucester County. Our CCBHC provides individualized care and wrap around services to support the unique mental health and substance use needs of each person.

Acenda also offers a targeted case management program through PATH, Project for Assistance in Transition from Homelessness. PATH provides linkage to services including housing, advocacy, and supportive services to Gloucester County individuals with a mental illness and are homeless or being evicted. Acenda staff offers support at a time when individuals are at their most vulnerable state.

How can one individual make a difference in regards to hunger and homelessness?

One individual can make a difference by helping a homeless person learn to support, educate, and care for themselves. Here are a few ways to do so:

If you or a loved one is struggling with homelessness and you wish to seek help, support is available through our Community Behavioral Health Clinic located in Gloucester County. Call our Access Center at (856) 494-8484 to determine eligibility for CCBHC services. Referrals can also come from an emergency room, primary care and/or pediatric providers within the county.